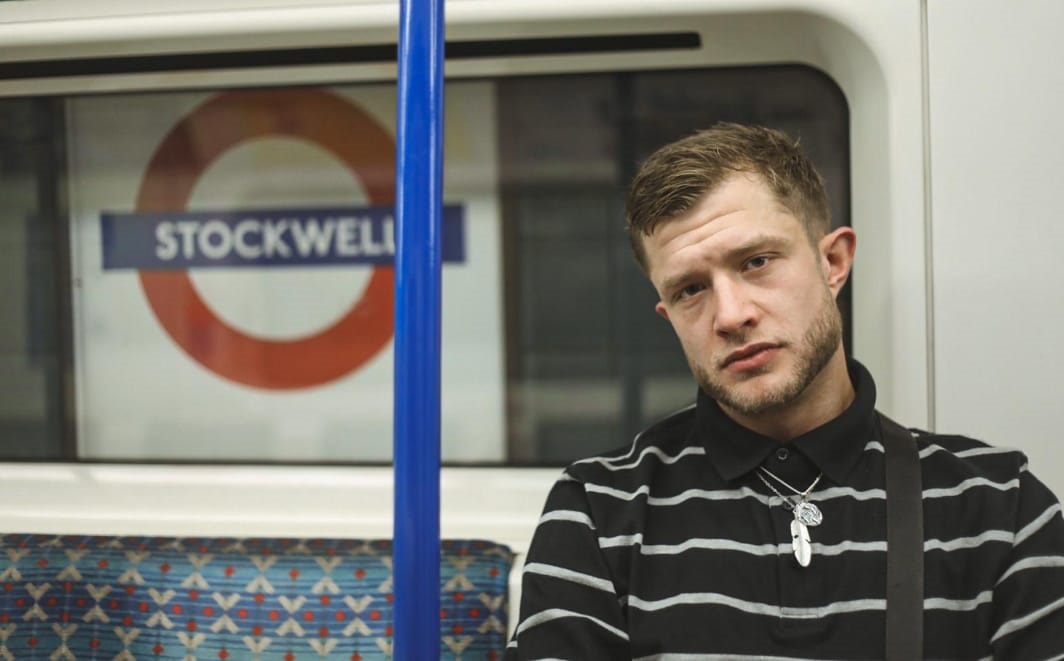 Still a rather dark poem written by Lewis Pilcher. After last week’s demon this time the title is coffins: coffins .

A dark rhyme , much darker than the last few episodes. Lewis Pilcher and The Diary of a Demon in this new episode of Spoken Words.

Lewis Pilcher introduces us to # 1EXTRA , a poem in which he skilfully transitions from his eventful past to a rosy future , which we wish will soon burst into his life.

Lewis starting from his direct experience today proposes this rhyme which essentially speaks of love but can be seen as a difficulty in relating to others and how everyone can appear different depending on the people with whom he relates: Someone .

Spoken Words is another rhyme that winks at rap songs , moving away from the deeper existential topics that Lewis is used to touching. The title is Space .

Lewis Pilcher signs ” Frozen ” a poem that this time winks at rap, with many puns , a trend we are getting used to with pleasure.

In this episode Lewis Pilcher dedicates a love poem (to whom? No one knows ….) let’s find out together …

Lewis Pilcher returns to a sad mood but with an optimistic ending with Shine a Light.

Lewis Pilcher, after love, rediscovers a renewed poetics and a positive vision of life with this rhyme entitled “Child of Earth“.

The new poem of the week recited by Lewis Pilcher is called Dearly Departed , it concerns Amy Winehouse and other music celebrities who left us at 27 or so …

Lewis Pilcher in the 3rd episode of the 2nd series of Spoken Words presents us a rhyme more like a rap musical and, than a real poem: Washed Away .

Today’s rhyme recited by Lewis Pilcher refers to one of the worst moments of his life, but we know that now this moment is over and his life has changed.

Lewis Pilcher returns with his rhymes: the Poem of the Week is titled ” Today and Forever After ” a rhyme written a few weeks ago by our author. Enjoy!

Losing Grip , this is the title of the new episode narrated by Lewis Pilcher ‘s rep speech… Let’s listen to it.

Lewis Pilcher this week returns to writing rhymes in a playful way leaving aside, for this time, existential problems and citing some of the most famous rhymes known in the UK even by children with Arthur Chance.

Lewis Pilcher in this episode talks about the painful side of a love story when things can go wrong… the title? ” Ocean of Uncrieed tears ” .

All Falls Down , this is the title of the new piece rep by Lewis Pilcher , which tells us an intense aspect of the world seen with his visionary and intimate approach. A piece to be listened to.

In Spoken Words Lewis Pilcher confesses his inner demons and emphasizes the freedom to choose between good and evil with ” Confessions “.

This week Lewis Pilcher offers us a poem a little more raw than the previous “poems”, talking about his experience of a stormy life in his twenties. The title is: Drowning in the Drunk Tank . Let’s listen to him!

Blinded by Love is the title of this fourth podcast strictly in English and reppato from Lewis Pilcher. Let’s listen to the piece after its initial explanation.

Spoken Words a new way of telling emotions, a simple and direct rap from the beautiful and warm voice of Lewis Pilcher, the third episode. But don’t expect music … only words !

Lewis Pilcher, in second episode , accompanies us with his rap poetry in the world of Spoken Words, the vision of the world from another point of view.

Spoken Words- The Poem of the Week-Let’s listen to Lewis Pilcher‘s rap as well as podcast on the radio, are you ready for something truly innovative? For the first week Instant-grams (The First Poem) don’t miss it!